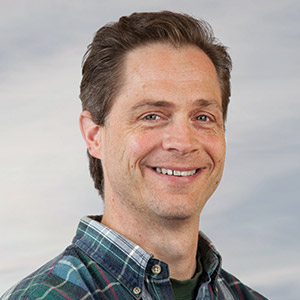 When I started my academic career in British Columbia in the early 1990s, I had no idea how much ecological transformation was to come, and how it would impact my research on wild Pacific salmon, a keystone species of the forest ecosystem.

Climate change is central to our work at the Faculty of Forestry’s Pacific Salmon Ecology and Conservation Laboratory, where the team observes and responds to its impacts on fisheries. Most evident changes include rising water temperatures in fresh and marine environments; changing food webs; and migration patterns and survival rates.

Addressing these challenges to protect, conserve, and manage wild Pacific salmon is a significant aspect of my research. I was quite humbled by the recognition of this research when this October I had the distinct honour of accepting the American Fisheries Society’s 2019 Award of Excellence.

Although the award – the Society’s highest for scientific achievement – is presented to an individual for outstanding contributions to fisheries and aquatic biology, the strength of my research team has played a major role in this achievement. I am extremely grateful and would like to acknowledge the contributions of the many researchers and students over the years who have worked with me.

Over 20 years ago, one of the first key moments in my career, eventually led to a first-of-its-kind, small fish tracking and health monitoring method. 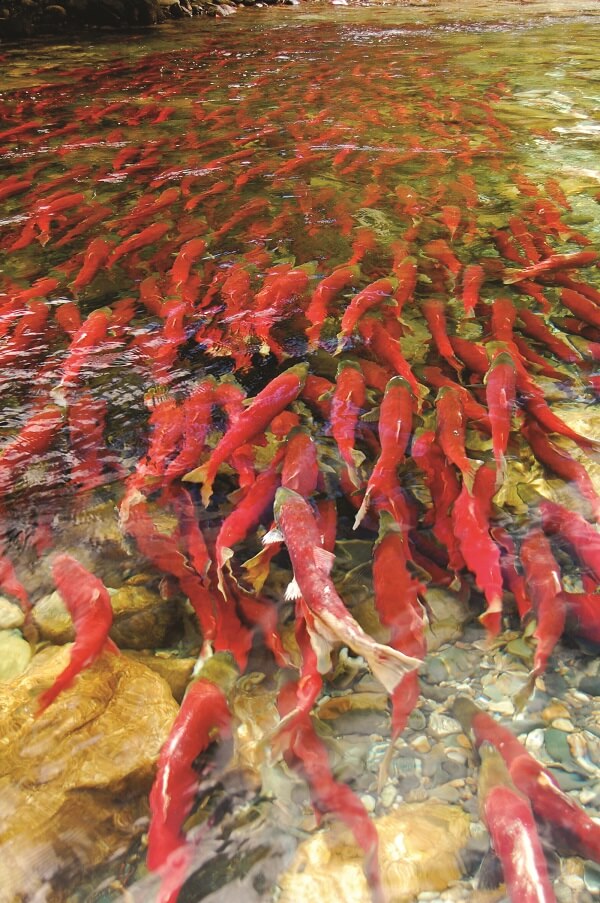 At that time, some of the largest salmon runs in Canada – Fraser River sockeye – started to return to spawning grounds over a month early. Millions of salmon were dying prematurely with no explanation. As a young professor, I had one of those pivotal “what if ” moments? What if we tag and track salmon with telemetry during their long coastal and river migration, but before they are released, take a little blood or tissue sample so that we could characterize differences between normal and abnormal migrants? And what if we test hypotheses about the causes of the problem by exposing migrants first to different thermal, salinity, and hormonal treatments before allowing them to continue on with their migrations?

The findings were remarkable, discovering the role of warming rivers and newly discovered viruses. Extraordinary insights into wild fish behaviour and survival were realized by the evolution of linking tissue biopsy with telemetry tracking which relies on miniature transmitters implanted in the fish that communicate with receivers strategically located at points along the marine system.

Each sequential study involved adding additional collaborators bringing unique talents and approaches in physiology, genomics, and recently with the social sciences so that we could learn how to get our research results mobilized by management and policy decision makers.

Currently, my focus is on the future of fisheries. What more can we do to ensure science-based decision making plays an integral role to the development of fisheries policies? And what research will help us protect and conserve species impacted by climate change?

In a mere 20 years, I have witnessed the decline of some of the greatest and most iconic salmon stocks in Canada. This is concerning in itself, but also when considering the vital connection between strong salmon runs and healthy forests. Salmon runs play a key role in moving nutrients from freshwater environments to the ocean and back, following spawning their carcasses provide nutrients for the forest; and they are a vital food source for a wide range of forest wildlife.

My research is largely with Pacific salmon, but it highlights the uncertainty and unpredictably of fisheries. From the 1950s to 1990s, fisheries models that predicted the numbers of returning sockeye salmon to the Fraser River worked well, but now the environmental conditions these models were based on no longer exist.

Our team’s recent work has shown that some salmon populations are more resilient to warming climates than others. One sockeye population we have studied has a unique cardiovascular system enabling higher cardiac capacity at high water temperatures. But there is still more research needed to better understand rapid adaptation and how it may enable some populations to sustain themselves in a warmer future. Many populations have a portion that stray from their natal areas. Strays that possess thermal adaptations could save populations that are unable to adapt to increasing temperatures.

Although much has been achieved, there is more to do as we address pressing challenges and work with policy makers to ensure our fisheries are able to thrive.