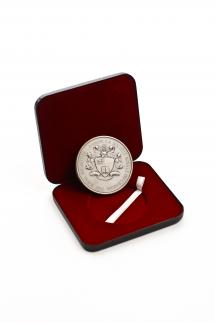 The Alice Wilson Award is given each year to four women of outstanding academic qualifications entering a career in research at the post-doctoral level. Dr Aimee Houde (PDF, Department of Forest and Conservation Sciences) was a recipient for the Academy of Science, selected by disciplinary Fellows of the Society.

Aimee was nominated for this award by the Natural Sciences and Engineering Council of Canada because she was one of the most highly rated women from this year’s post-doctoral fellowship competition. Of particular significance, Aimee was the top rated female of the Plant and Animal Biology Selection Committee. This award recognizes remarkable accomplishments. During her early career, she produced 18 peer-reviewed publications covering topics of conservation biology, mainly with a focus on salmonid fishes. Aimee has also been actively involved in biology teaching and mentoring, as well as science leadership and communication.

For her post-doctoral research with UBC’s Drs. Scott Hinch, Tony Farrell, and Kristi Miller, as well as with the Department of Fisheries and Oceans, Aimee is describing the physiological (gene expression) changes associated with migratory behaviour and stressors for Pacific salmon during the critical first year in seawater. Aimee is also developing powerful qPCR biomarkers to monitor fish physiological condition (e.g. genes predictive of seawater preparedness), which has particular applications to enhancement hatcheries and wild fishes. 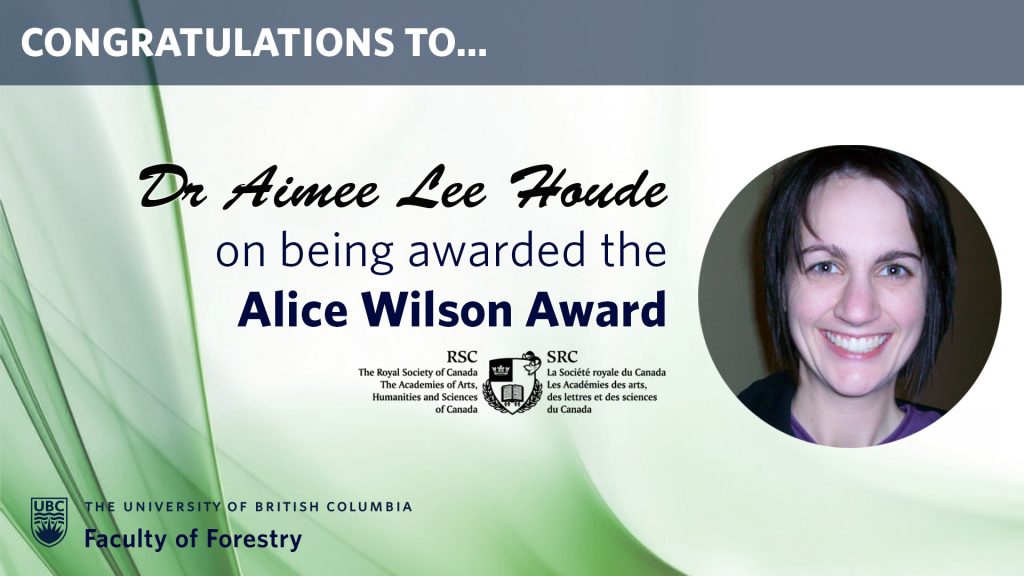