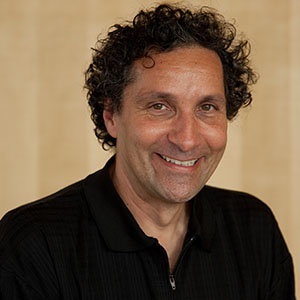 Outbreaks of insects and plant pathogens are threatening Canada’s capacity to provide long-term fibre supply, which is vital to our annual $33-billion forest export industry: Canadian wood products could be rejected on the global market if severe outbreaks were to occur. These invasive alien species also menace the important ecosystem services provided by forests that including carbon storage, nutrient cycling, water and air purification, soil preservation and maintenance of wildlife habitat.

As people gather today at the Premier’s Natural Resource Forum in Prince George, forestry is a major topic of discussion: BC contains vast and diverse forests and rangelands and almost 60% (55 million hectares) of BC′s 95 million hectares is classified as forest land. Forest products also account for 30% of BC′s total exports. The number of new introductions and interceptions of Forest Invasive Alien Species is escalating at an alarming rate and the key to reducing this risk is via vigilant biosurveillance to increase preparedness and facilitate early interventions. Biosurveillance is a process of gathering, integrating, interpreting and communicating essential information that might relate to disease activity and threats to plant, animal or human health.

Funded in part by Genome BC, Dr. Richard Hamelin of the University of British Columbia, Cameron Duff of the Canadian Food Inspection Agency (CFIA) and Dr. Ilga Porth of Laval University will lead a team of scientists to harness the power of biosurveillance by decoding the genomes of some of the most threatening invasive species and developing a new suite of tools to rapidly and accurately detect these detrimental forest enemies and assess the risk they pose. Their BioSurveillance of Alien Forest Enemies (BioSAFE) project, valued at $8.6-million, will enable forest health professionals to track and identify the source of these threats and use a decision-support tool to predict the risk of an outbreak and weigh management and mitigation options. Their work will be directly translated by partnering with the three most important national organizations mandated to protect Canada’s forests: the CFIA, Natural Resources Canada (NRCan) and FPInnovations. This will ensure that the tools developed will be implemented and deployed operationally.

“One of the challenges is that invasive species can arrive by various pathways including on wood products and live plants, through global transport pathways and by natural dispersal across borders. Asian long horned beetle, Asian gypsy moth, Dutch elm disease and sudden oak death are examples of threats that are not native to Canada, but can cause irreversible damage to both the natural and urban forests and environments,” says Dr. Hamelin, Professor, Department of Forest and Conservation Sciences. “The best way to fight them is through early detection via biosurveillance so they can be eliminated before they become established.”