Meet the core MIF faculty involved in the MIF program.

Agni Klintuni Boedhihartono has a multidisciplinary background (Anthropology, Fine Arts, Cinematography and Natural Sciences). She has a Doctorate in Ethnology & Visual Anthropology from the University of Paris 7, France. She went to the Ecole National Superieure des Beaux-Arts and the University of Paris 7 in France to pursue her passion in arts, culture, people and sciences. Intu subsequently worked for the United Nations Environment Program and the International Union for the Conservation of Nature in Switzerland. Intu joins UBC after spending eight years running a master’s program in Development Practice at James Cook University in tropical northern Australia

Intu has worked with multidisciplinary teams in remote locations in tropical landscapes and seascapes in Asia, Africa and Latin America. Intu has focussed on issues with indigenous people and local communities, particularly on the importance of their traditional knowledge and wise practices in natural resources management and the conservation of their cultural diversity. Intu’s research has sought to enable forest dependent people, coastal communities and indigenous groups to achieve a balance between conservation and social, cultural and economic development.

Intu uses visual techniques to explore landscape scenarios and other participatory methods to maximize the involvement of diverse stakeholder groups. Her goal is to have an influence on global efforts to support indigenous people and local communities to improve their livelihoods whilst retaining their identity, cultural diversity, traditional knowledge, environment and natural assets. 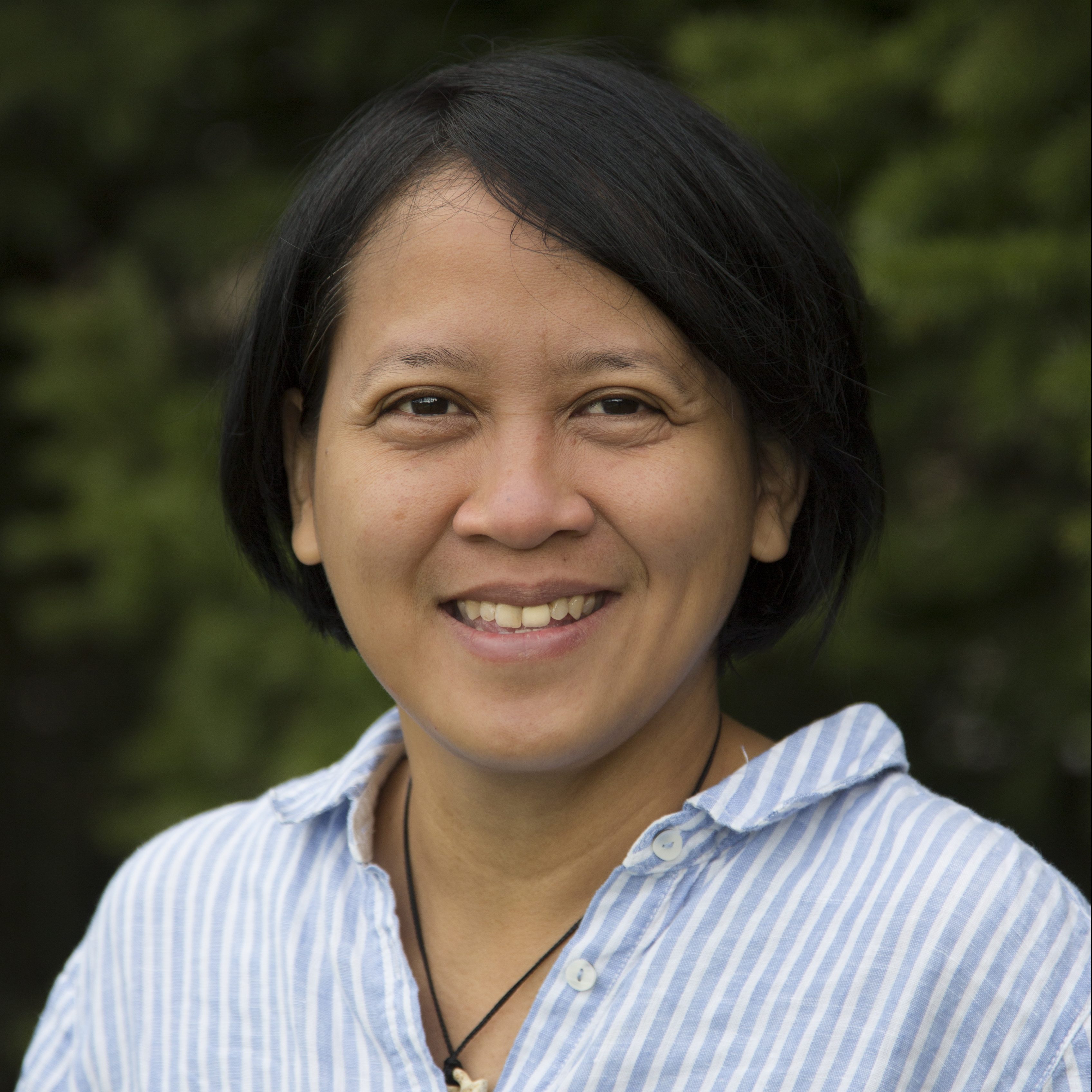 Rick Barichello is a Professor (Food and Resource Economics) at the University of British Columbia, working there since his PhD (University of Chicago). He was Head of the UBC Department of Agricultural Economics 1988-1994, and Director of the Center for Southeast Asia Research (UBC Institute of Asian Research) 2007-13 and 2016-18. He was Visiting Senior Research Fellow at the Asian Research Institute, National University of Singapore, and Visiting Professor at Yale, Stanford, Harvard, University of California-Davis, Leuven (Belgium), and ISEAS in Singapore. He worked for the Harvard Institute for International Development in Jakarta 1986-1988, and subsequently in Indonesia, Vietnam, Singapore, Thailand, Philippines, Malaysia, Myanmar, China, Cambodia, Korea, Poland, and Ethiopia. He was President of the Canadian Agricultural Economics Society and awarded the designation of Fellow of that Society in 2008. In 2015 he was named to the Executive Committee of the International Agricultural Trade Research Consortium, and elected IATRC Chair for 2016-2018. His research has concerned the economic analysis of public policy, particularly trade and agricultural policies and institutions, Canadian dairy quota markets, and a variety of agricultural development issues, mostly in Southeast Asia. This development work focuses on trade policy, domestic farm policies, world food markets, rural labour markets, agricultural productivity, and analysis of investment projects. 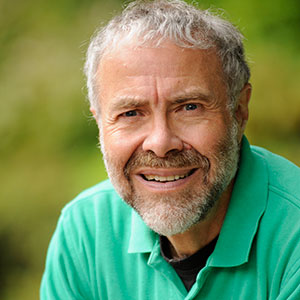 Dr Janette Bulkan comes from a forestry family. As an undergraduate at the University of Manitoba she moved from linguistics to anthropology.  She has conducted many social surveys and livelihood studies. She works in community and social forestry, forest certification, participatory resource management, monitoring and evaluation, cultural diversity awareness and protection, and teaching and mentoring. Janette also works on tenure systems, control of illegal logging, anti-corruption, and REDD+ (Reducing Emissions from Deforestation and forest Degradation). She works with Indigenous and traditional/local communities in the Amazon regions of Guyana, Suriname and Peru and is currently developing a collaborative research program with community forestry associations in British Columbia.

Janette is a member of the Governing Council of the Commonwealth Forestry Association and a member of the Forest Stewardship Council’s (FSC) Policy and Standards Committee, which reviews drafts of all new and revised FSC Policies, Standards, Procedures and other normative FSC documents on behalf of the international FSC Board of Directors. Janette created and coordinated the Amerindian Research Unit at the University of Guyana during 1985-1999.  She was Senior Social Scientist at the Iwokrama International Centre for Rainforest Conservation and Development in Guyana from 2000 to 2003. Her most recent appointments were at Colby College in Maine, USA, and at the Field Museum in Chicago for its Andes/Amazon Program.

Janette Bulkan gained her master’s degree from the University of Texas at Austin and her doctoral degree from Yale University’s School of Forestry and Environmental Studies. She is an Assistant Professor in the UBC Forest Resources Management department. 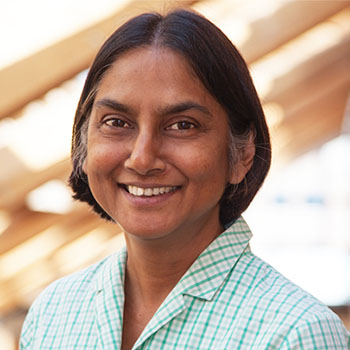 Dr Gary Bull is Head of the Forest Resources Management (FRM) department. Gary spent most of his early career working in a consultative capacity with forest products companies, resource based communities, various government agencies and environmental non-governmental organizations. Internationally, he has worked with organizations such as the International Institute of Applied Systems Analysis in Vienna, the International Institute for Environment and Development in London, the Food and Agriculture Organization of the United Nations in Rome and the US Council on Foreign Relations in Washington. He has supervised research projects with CIFOR, World Bank, Shell Canada, Wildlife Conservation Society, WWF, Iisaak Forest Resources Ltd., Forest Trends and FAO.

Gary has a background in commerce as well as 3 degrees in Forestry, specializing in economics and policy. He has an interest in global forestry policy issues and has, or is, currently studying forest and timber markets in Asia and ecosystem services markets in Afghanistan, Canada, China, India, Mozambique and Uganda. He is an advocate for interdisciplinary research.  Gary is a Professor in the UBC Forest Resources Management department. 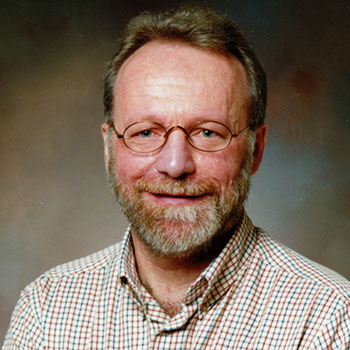 Dr M Hosny El-Lakany holds a BSc in Agriculture and MSc in Forestry from Alexandria University, Egypt, a PhD in Forestry from the University of British Columbia, Canada and a DSc honoris causa from Laval University, Quebec, Canada. Hosny was Professor and Chairman of the Forestry Department at Alexandria University before joining the FAO as the Assistant Director-General/Head of the Forestry Department until his retirement. He was the inaugural chair of the Collaborative Partnership on Forests comprised of 14 international organizations in support of the United Nations Forum on Forests. Hosny is a member of several international scientific and professional organizations including the Boards of Trustees of CIFOR (Chairman, since Jan 2011) and ICRAF, the Canadian Institute of Forestry, the Executive Board of the Commonwealth Forestry Association, the External Advisory Group on the Forest Strategy of the World Bank (2003-2009), and the Editorial Board of the International Journal of Food and Nutrition.  He has published more than 110 scientific papers and co-edited one book. As an International forestry policy consultant, Hosny has worked with the World Bank, ITTO, UNDP, UNEP, FAO, IUCN, GIZ, RRI and other inter-governmental and non-governmental organizations. Currently, he is Professor Emeritus at Alexandria University, Egypt and Adjunct Professor and Director of International Forestry at the Faculty of Forestry at UBC. He chairs the International Partnership on Forestry Education and lectures, supervises research and consults in international forest policies and natural resource management. He is the founder and president of the International Forest Policy Consulting based in Vancouver, Canada, and an Adjunct Professor in the Forest Resources Management department at UBC. 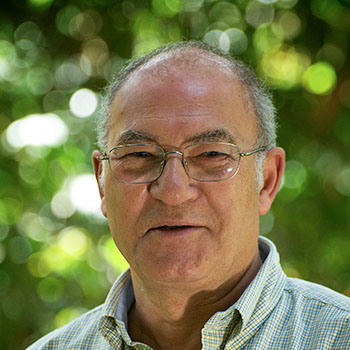 William Nikolakis, PhD, LLB, BBus is a qualified lawyer in both Australia and Canada. William is also Executive Director of the Gathering Voices Society, a Vancouver-based foundation focused on building land management partnerships between Indigenous communities and the natural resources sector. His work is focused on sustainability in the natural resources sector, with focus on approaches for achieving positive outcomes with local communities and Indigenous Peoples. William has published in important scholarly journals, and published an edited book, Globalization and Forests: Challenges and Opportunities for Sustainable Development, in 2014. At present he is completing an edited book entitled Reclaiming Self-Governance: International Indigenous Perspectives, to be published by the University of Arizona Press in 2017. 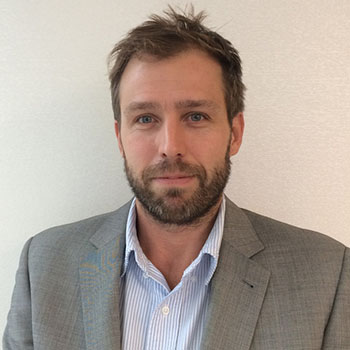 Prof. Jeff Sayer is an ecologist who has worked at the interface of research and conservation practice in many tropical countries and for many different organizations. Jeff’s approach to conservation and sustainable management has been very much influenced by working in areas where poverty is prevalent and where solutions to forest conservation and management problems have to align with the needs to improve the livelihoods of local people. Jeff has been a pioneer in the development of integrated landscape approaches where the locus of decision making on forests is moved as close to the ground as possible. Jeff has had a long-term involvement in several forest landscapes in the tropics but particularly in the Congo Basin and in Indonesia. Jeff launched and then headed the Forest Conservation Program at the International Union for the Conservation of Nature in Switzerland with forest conservation field activities all over the world and a portfolio of policy initiatives seeking solutions to forest problems that also meet human needs. Subsequently Jeff was the founding Director of the Center for International Forestry Research with a global research mandate but its headquarters in Indonesia. CIFOR conducted strategic research on issues around forests and sustainable development. At UBC Jeff is contributing to the Masters of International Forestry and conducting research on forest landscape conservation in Indonesia and Central Africa. 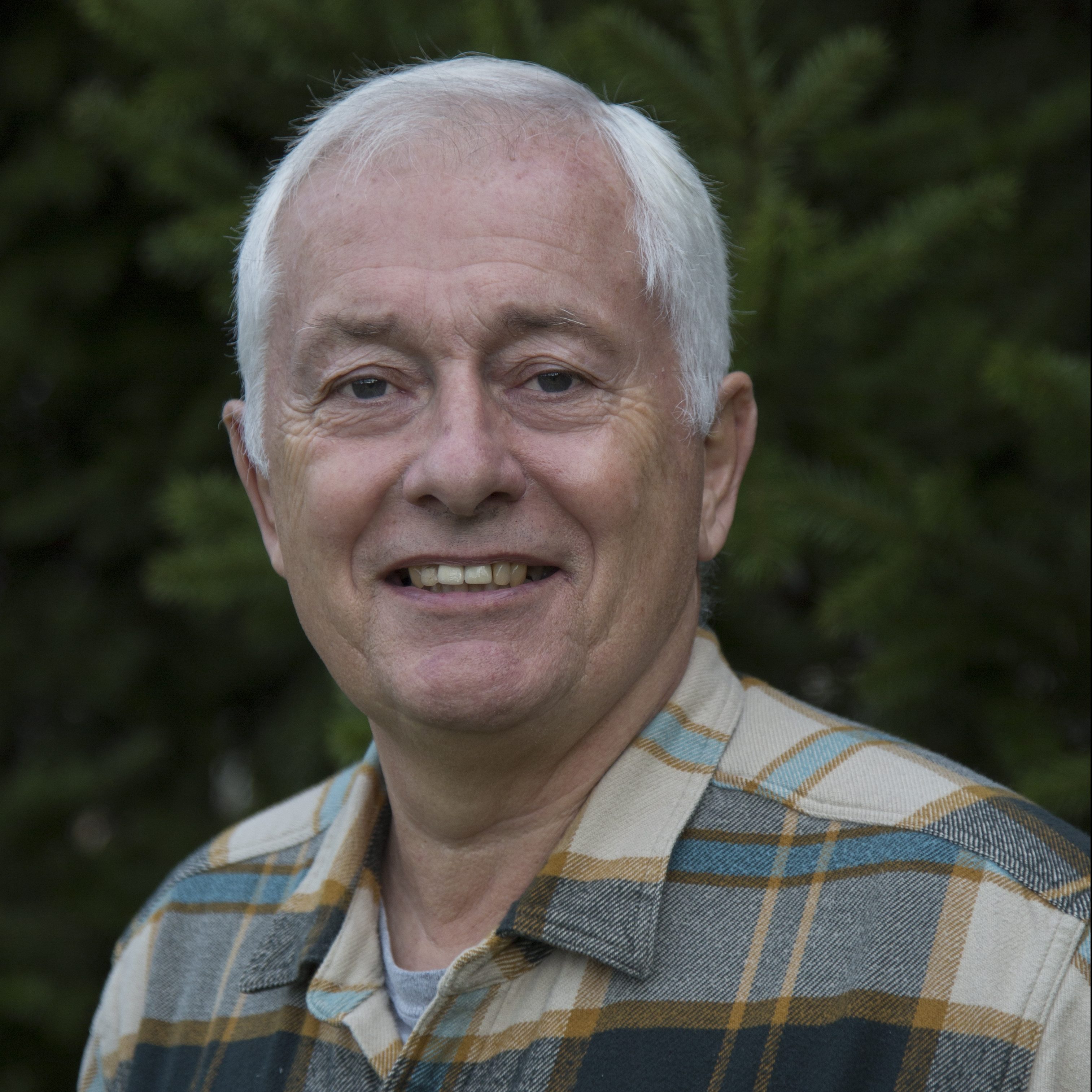 Terry Sunderland is currently a Professor at the Faculty of Forestry, University of British Columbia, Canada focusing on the biological and human dimensions of the sustainable management and utilization of tropical forests. He was previously a Senior/Principal Scientist at the Centre for International Forestry Research (CIFOR), Indonesia, where he coordinated CIFOR’s work on forests and food security, biodiversity conservation and integrated landscape management. Prior to joining CIFOR in early 2006, Terry was based in West Africa for over fifteen years and worked on numerous conservation and livelihood-focused initiatives. Having both a field practitioner and academic background gives him a wide perspective on conservation, livelihoods and issues related to sustainable landscape management. Terry has a Masters degree in Forestry from the University of Oxford and a PhD from the University of London. He has published more than 240 research papers, book chapters and edited books and supervised many graduate studies related to tropical forestry, focusing particularly on the capacity of developing country scientists. Terry is an active blogger, Twitter user and engages regularly with the media on disseminating research for policy influence and outreach. 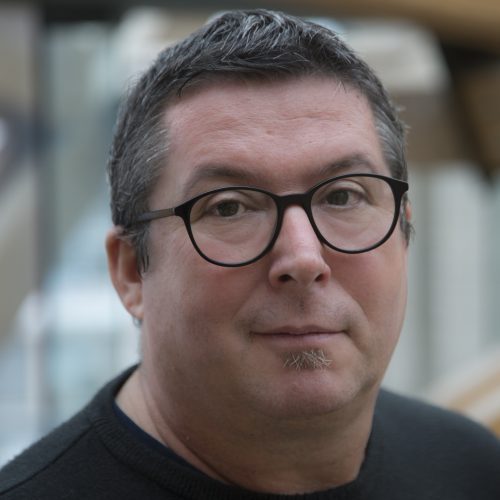 Chris has worked in both academics (teaching and research) and industry (management, consulting, research), with over 35 years’ experience in agribusiness and forestry. His research and consulting have focused on price-risk management strategies, market research, econometrics, and trade modeling. Recent research efforts have included value chain optimization and product development for Canada, the United States, Japan, China, and Europe, including for Aboriginal communities. Chris has co-supervised over twenty M.Sc. and Ph.D. students, as well as managing a national staff of markets and economics researchers for nearly two decades. He is also past Chairperson and active member of the “Team of Specialists for Forest Products Marketing” for the United Nations Economic Commission for Europe. He has published widely, and has spoken at conferences throughout the world. 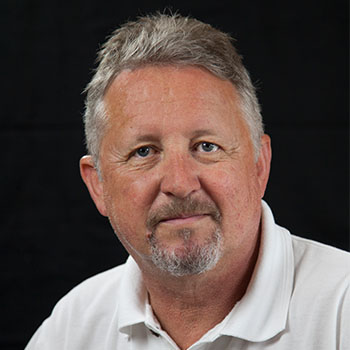